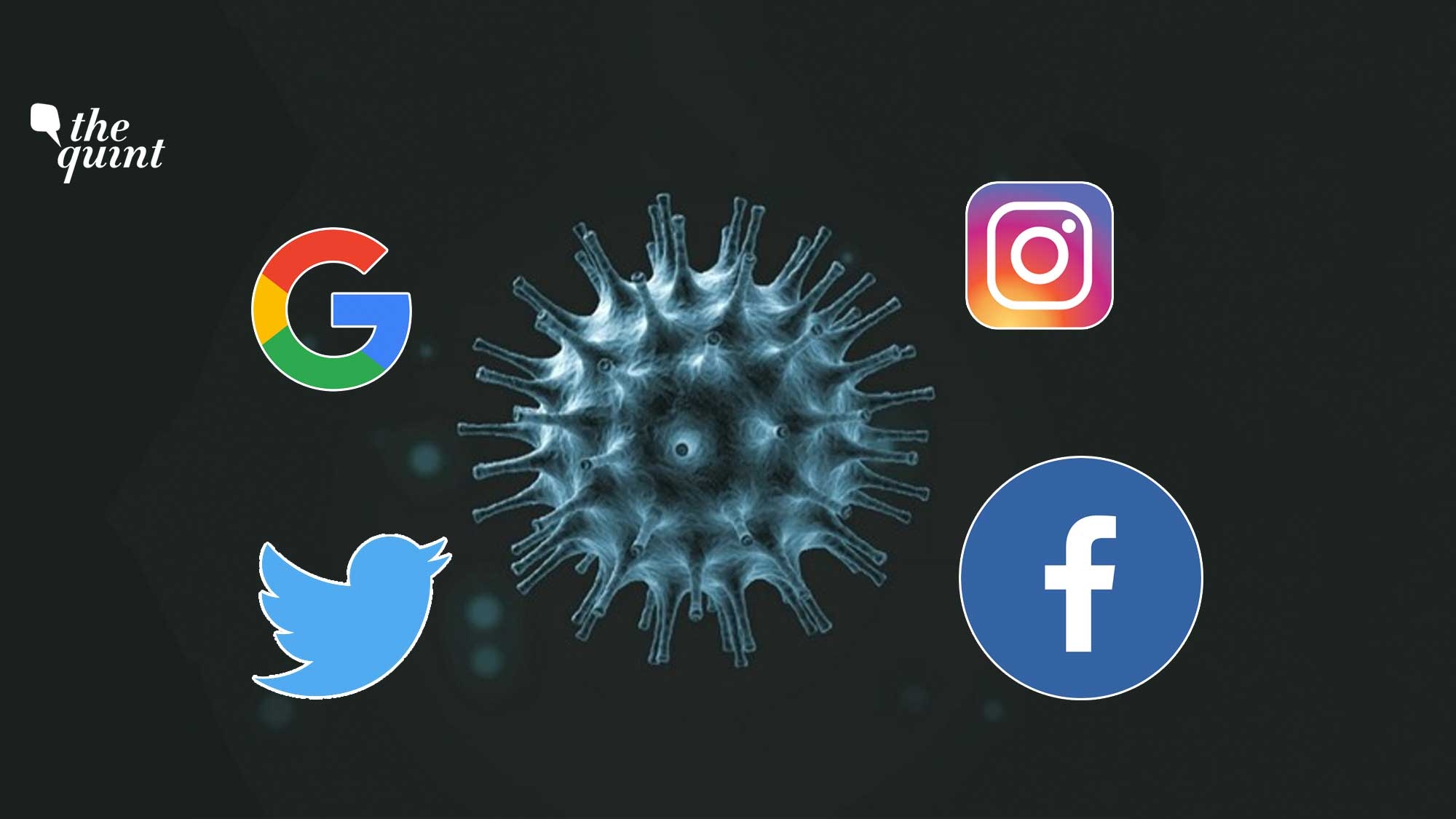 Coronavirus: How Tech Companies Are Dealing With Fake News & LiesSHARE, SAVE, COMMENT Image used for representational purposes. (Photo: The Quint/Aroop Mishra)Himanshi DahiyaUpdated: 08H 59M AGOThe deadly Coronavirus outbreak which has claimed over 1,700 lives in mainland China has put global health authorities on high alert and is giving sleepless nights to fact checkers across the…

Coronavirus: How Tech Companies Are Dealing With Fake News & Lies

The deadly Coronavirus outbreak which has claimed over 1,700 lives in mainland China has put global health authorities on high alert and is giving sleepless nights to fact checkers across the globe. From its origin to symptoms, prevention and cure, all aspects of the viral outbreak have been dogged with fake news and misinformation being shared on social media.

Several such claims have been debunked by The Quint and other fact checkers who are working round to clock to prevent the spread of health misinformation.

In one such case, multiple media outlets falsely reported that two people in Kolkata, both passengers who arrived from Bangkok at the city’s Netaji Subhash Chandra Bose Airport, had tested positive for the virus. The Quint successfully debunked the claim after we got in touch with Kolkata airport authorities and the Health and Family Welfare Department of the state.

From bizarre claims like bats being the source of the virus, the use of marijuana as an effective cure and that China is planning to kill all patients infected by the virus, several wild rumours have stormed the internet.

The big challenge however is for tech companies like Facebook, WhatsApp, Twitter, TikTok and Instagram to find effective ways to counter this deluge. Here’s how global social media giants are trying to limit and counter health misinformation in the wake of coronavirus outbreak:

After the World Health Organisation (WHO) declared the virus a global health emergency, Facebook released a blog post detailing the platform’s efforts towards containing the spread of misinformation.

Facebook said that its third-party fact checkers are flagging false content about the illness. It further added that the organisation will also start removing content with false claims or conspiracy theories that have been flagged by leading global health organisations and local health authorities.

Microblogging and social networking site Twitter has also adopted a couple of techniques to counter the falsehoods and conspiracy theories being spread around the outbreak.

Twitter in its blog post says that the organisation is dedicated to “promoting constructive engagement, and to highlight credible information on this emerging issue.” While they claim no significant coordinated attempts to spread disinformation at scale have been noticed using the platform, dedicated search prompts have been launched by the platform to help users access credible data.

The Quint reached out to Twitter officials who informed us that In India, Twitter has launched a dedicated search prompt with the Ministry of Health & Family Welfare and WHO to ensure when an individual searches a hashtag they’re immediately met with authoritative health information from the right sources up top.

The China-based social networking site TikTok is being widely used to circulate massive amount of misinformation regarding the virus and its symptom. In one of the videos which surfaced on the networking site it was claimed that the Chinese government developed coronavirus as a means of population control. A claim which was later debunked by The Quint.

Rey Allie, TikTok’s trust and safety product strategy expert, told Forbes that the Los Angeles-based moderators will review these reports and remove videos that peddle in falsehoods while purporting to be authoritative news sources.

Keeping in mind the popularity of the platform among the youth and instances from the past when doubts were raised over TikTok’s ability to monitor and contain fake news, The Quint has also reached out to the ByteDance-owned firm to get a comprehensive response regarding steps being taken to counter coronavirus-related disinformation.

Facebookowned social networking site Instagram has deployed methods similar to Facebook to counter health misinformation on its platform. Instagram is removing content with claims and conspiracy theories that have been debunked by the WHO or other credible health organisations with the help of experts.

“We’re focusing on claims where, if someone relies on the information, it makes them more likely to get sick or not get treatment. This includes claims related to false cures or prevention methods – like drinking bleach cures the coronavirus – or claims that discourage treatment or create confusion about health resources that are available,” Officials from the organisation told The Quint via email.

Officials at Instagram are also working to help people get relevant and up-to-date information from partners through messages on top of News Feed.

The Quint has also reached out to other tech platforms including Instagram and Google to understand the steps being taken by them to prevent misuse of social media in spreading paranoia and falsehoods around the disease. The story will be updated as and when they respond.

(Not convinced of a post or information you came across online and want it verified? Send us the details on Whatsapp at 9643651818, or e-mail it to us at webqoof@thequint.com and we’ll fact-check it for you. You can also read all our fact-checked stories here.)

(Make sure you don’t miss fresh news updates from us. Click here to stay updated )