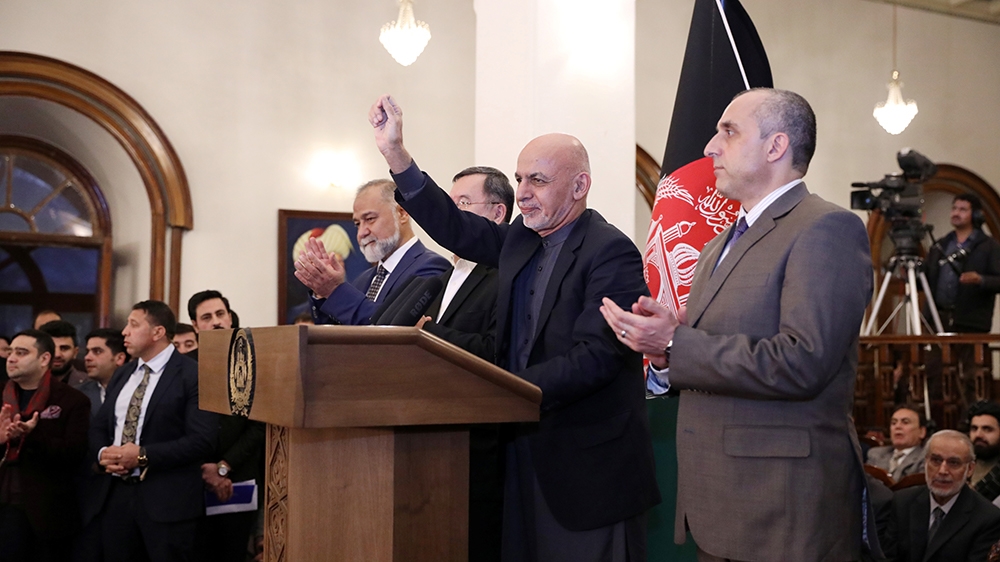 The results were delayed after allegations of vote-rigging from Abdullah forced a recount.

Thousands of Abdullah’s supporters had rallied in November against what they said were fake ballots. The controversial recount had seemed set to favor Ghani.

The two men have shared power over the past five years in a so-called unity government formed by the United States in the wake of allegations of widespread fraud and corruption in the 2014 polls.

The election results come days after US Defense Secretary Mark Esper announced a truce agreement between the US and the Taliban that could lead to the withdrawal of American troops from the country.

The US has about 14,000 American troops in Afghanistan as part of the US-led coalition, training and advising Afghan forces and conducting counterterrorism operations.

Whether the results will be accepted remains to be seen. Earlier this week, Abdullah’s team said they would not accept fraudulent results.

Nearly one million of the initial 2.7 million votes were purged owing to irregularities, meaning the election saw by far the lowest turnout of any Afghan poll.

Ultimately, only 1.8 million votes were counted – a tiny number given Afghanistan’s estimated population of 35 million and a total of 9.6 million registered voters.

Ghani first ran for president in 2009, capturing barely a quarter of the votes. He ran again in 2014 in what was considered a deeply flawed and corrupt exercise.

Ghani, from central Logar Province, was born May 19, 1949. He holds a doctorate in Anthropology from Columbia University and first went to the US as a high school exchange student.

Except for a brief teaching stint at Kabul University in the early 1970s, Ghani lived in the United States, where he was an academic until joining the World Bank as a senior adviser in 1991.

He returned to Afghanistan after 24 years when the Taliban were ousted by the US-led coalition.

Ghani was head of Kabul University until he joined President Hamid Karzai’s government as finance minister. In 2010 he led the lengthy process to transfer security of the country from US-led coalition forces to the Afghanistan National Security Forces, which took effect in 2014.