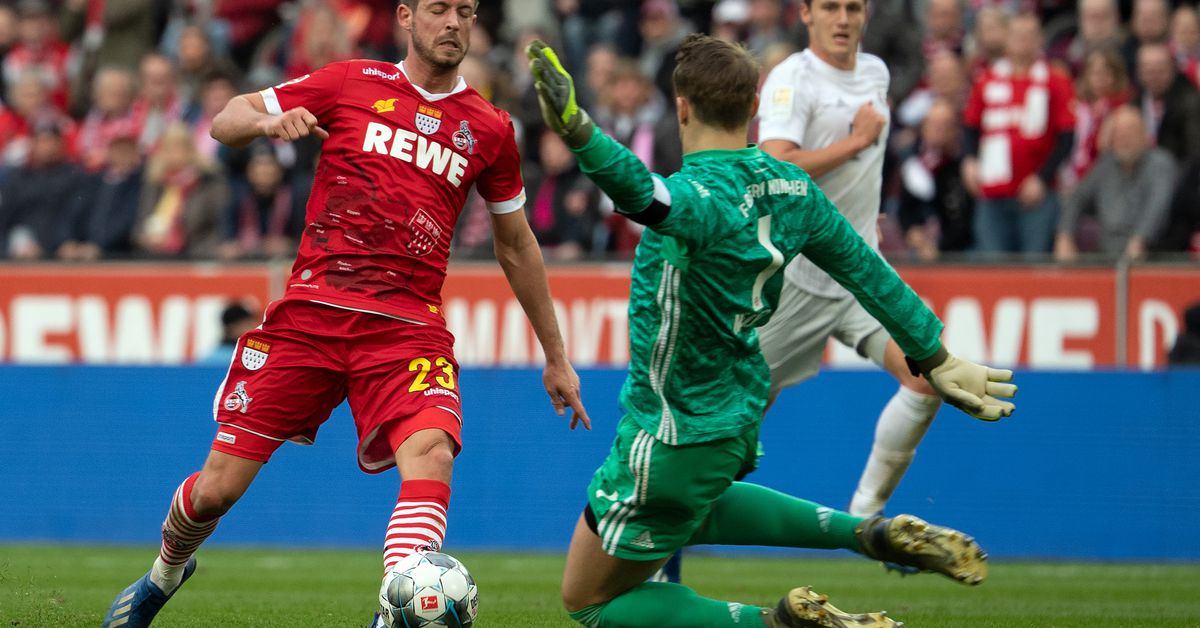 Jersey Swap: Mark Uth For the majority of the game, FC Köln was pretty abysmal. Once Bayern took their foot off the pedal, however, Köln became more free-flowing and dangerous. If not for Manuel Neuer, Köln could have made a massive comeback and walked away with points. Alas, Mark Uth was Köln’s only goalscorer. He…

For the majority of the game, FC Köln was pretty abysmal. Once Bayern took their foot off the pedal, however, Köln became more free-flowing and dangerous. If not for Manuel Neuer, Köln could have made a massive comeback and walked away with points. Alas, Mark Uth was Köln’s only goalscorer. He and Jhon Cordoba proved to be tricky here and there, but it was Uth who capitalized on Bayern’s defensive woes to give Köln at least 1 goal in an otherwise challenging match.

Both have maintained their outstanding level play. Both played an important part in this match. Lewy was a goalscoring threat and had an incredible goal that was a rocket off of his weak foot to open up the match. He allowed play to build up, often holding the ball and allowing others to catch up.

Davies was as solid as ever on the left-hand side. There were some questionable defensive decisions from Jerome Boateng, Benjamin Pavard, and Lucas Hernandez (rusty, I’d assume). Davies was his usual lightning-quick self, and every game he plays on the left the better he is becoming defensively. This game was an excellent showcase of how he may not have made flashy moves but rather delivered a performance that highlighted the subtle defensive improvements he’s made.

The Raumdeuter was in full force today. Hell, he should have had anywhere from two to three more assists than the two he created in the first five minutes of the match. He was everywhere, providing incredible passes and exploiting space. Müller delivered a game-high six key passes. There will never be another Raumdeuter like Müller. Enjoy it while you can and keep hoping he maintains his current form. We need him doing what he does if we want to retain our league title and compete for the Champions League.

Two goals and what was almost a hat-trick, Serge Gnabry is cooking. He was entirely dominant the first half, and although he started out slow and sluggish in the second, he came roaring back with his second goal of the day on a gorgeous curling shot. With Gnabry on fire and hitting full steam, he makes Bayern’s already dangerous attack even more lethal leading up to our important clash vs. Chelsea on the 25th.

Meister of the Match: Manuel Neuer

Manuel Neuer’s incredible saves on Cordoba in the 78th minute and Anthony Modeste in the 89th, his last-man tackle early in the second half, and his exceptional save on Köln’s first goal that was disallowed for offside showcased Neuer at his best. He should rightly be angry at Lucas Hernandez for costing him a clean sheet, but this was a vintage Neuer performance and, to be honest, worthy of all the awards. Bayern might have come extremely close to throwing away their lead if Neuer had not stood tall as a giant (or perhaps a titan?) among men today. Even when Bayern’s defense is not at its best, it’s reassuring to know we have Neuer between the sticks.