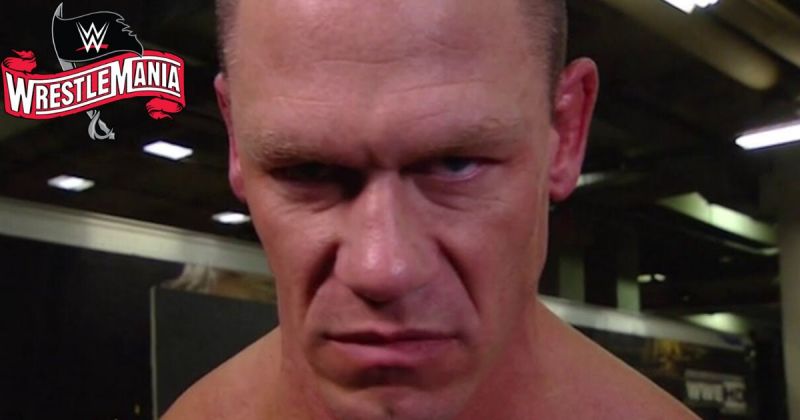 Rumors Modified 16 Feb 2020, 18:14 IST John Cena.John Cena will make his TV return on the SmackDown episode of February 28th and Dave Meltzer confirmed on the latest Wrestling Observer Radio that the Cenation Leader will be wrestling at WrestleMania 36.Cena is expected to begin the build-up for his 'Mania match, which is set…

John Cena will make his TV return on the SmackDown episode of February 28th and Dave Meltzer confirmed on the latest Wrestling Observer Radio that the Cenation Leader will be wrestling at WrestleMania 36.

Cena is expected to begin the build-up for his ‘Mania match, which is set to happen against Elias.

While it’s an underwhelming match, Meltzer speculated that the management is of the mentality that a loss to Cena will help The Drifter’s career.

It’s also worth noting that Elias is a babyface on Friday nights and it will be interesting to see whether he turns heel again when he potentially begins his angle with Cena.

The seeds of the match were planted at WWE WrestleMania 35 where John Cena got back the Doctor of Thugonomics gimmick for one night only and was involved in a segment with Elias.

Here’s the exchange from the Observer Radio between Dave Meltzer and Bryan Alvarez regarding John Cena’s WrestleMania 36 match:

Meltzer: Cena is going to wrestle at WrestleMania this year, so they will probably shoot the angle for that.

Alvarez: Who is he wrestling?

Meltzer: Who’s he wrestling? I’ll tell you tomorrow because I actually have been told but, it’s not like I don’t believe it, I know it’s probably true, but I can’t believe it, put it that way! But it’s so underwhelming it’s ridiculous and absolutely confusing it makes no sense.

Meltzer: Okay, it’s not Corbin. So there you go.

Meltzer: Okay now explain how did you pick Elias out of all the names?

Meltzer: Well, that’s true, but where would you come up with Elias from?

Alvarez: I don’t know. When I think about underwhelming John Cena opponents and I think about the show I just watched on Friday, the man that comes to my head is Elias.

Meltzer: But he’s a babyface.

Alvarez: It doesn’t matter, he’s a babyface but like he goes back and forth. I mean he’s been a babyface lately but it will take one promo on the crowd to get the people to turn on him.

Meltzer: But who’s going to care?

Alvarez: I have no idea.

Alvarez: This I’ve got to hear because I don’t know the mentality.

Meltzer: He is going to get the rub from losing to John Cena.

Alvarez: Oh, come on! Get out of here!

Meltzer: You know that they think that way.

Alvarez: I can’t believe they still think things like that in 2020.

Alvarez: Well, good luck with that.

Meltzer: So, I actually think someone’s going to wake up and like go, ‘What the hell is this?’ and it will change. But that is the match.

Alvarez: Good, maybe I can help.

Meltzer: Yeah, that is the match listed right now.