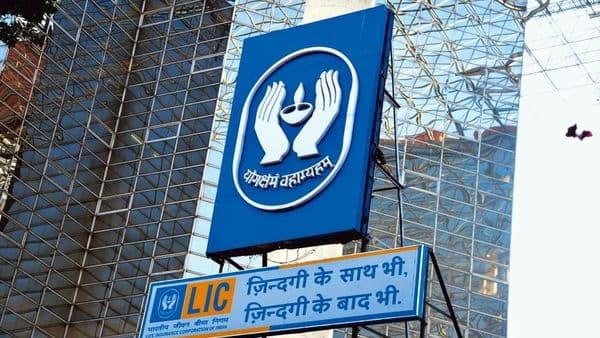 Mumbai: India’s largest lender, State Bank of India (SBI), has a balance sheet 2.7 times that of its private sector counterpart, HDFC Bank. Yet its market value is not even half that of HDFC Bank. What does this have to do with the insurance giant, Life Insurance Corporation of India (LIC)? Ever since the government…

Mumbai: India’s largest lender, State Bank of India (SBI), has a balance sheet 2.7 times that of its private sector counterpart, HDFC Bank. Yet its market value is not even half that of HDFC Bank.

What does this have to do with the insurance giant, Life Insurance Corporation of India (LIC)?
Ever since the government announced its intent to offload a stake in its crown jewel, LIC, investors are in a tizzy trying to pin a value to it. Of course, bankers that eventually get to manage the initial public offering (IPO) will race far ahead in the league tables as well.
After all, most estimates of market valuation range from ₹9-12 trillion. And the government itself appears to have factored in proceeds worth ₹1 trillion from the partial disinvestment in its budget for the next fiscal.
But as the SBI example shows, size does not guarantee a high valuation.
Indeed, even stocks of other public sector giants such as Oil and Natural Gas Corp. Ltd and NTPC Ltd are trading near their decadal lows. As such, it makes sense to tone down expectations a bit.
Of course, it’s still a big mystery how the insurance behemoth should be valued. “While financial details of LIC are scant (no embedded value is disclosed, for instance), based on rough-cut valuations using the AUM (assets under management) size, we believe the company could be valued at ₹12 trillion,” said Sunil Tirumalai, head of research at Emkay Global Financial Services.
LIC’s biggest selling point is that it owns nearly three-fourths of the insurance market. The behemoth has a balance sheet of about ₹30 trillion.
The insurer may be losing market share but its size still indicates a dominant market position.
What really matters is profitability and here it gets nightmarish for valuers, as LIC is akin to a black box. The most accurate gauge of an insurance company’s market value is its embedded value. LIC has not disclosed its embedded value. Other profitability metrics such as value of new business margin are also absent in disclosures.
Even so, analysts have begun to hazard a guess on the embedded value. Embedded value (EV) is the present value of future profits available to shareholders. It includes assets valued at the present market rate, the surplus owned by shareholders besides other actuarial assumptions.
An insurer’s income is the premium its policyholders pay. After settling claims and costs, the insurer pays out the surplus to shareholders and those policyholders to which it has promised a share in profits. Private insurers share 10% of this surplus with shareholders and 90% with policyholders. In LIC’s case, shareholders get only 5% of the pie.
This is why analysts at Macquarie Capital are more sceptical about the valuation. “Theoretically, the EV today could only be the present value of 5% of the surplus attributable to the shareholders, and that number is very low at ₹20,000-25,000 crore,” a note from Macquarie Capital said. But add the assets that LIC holds such as real estate and this could swell.
On the other hand, one needs to account for some investments such as the stake in IDBI Bank, which are a drain on its value.
Considering that LIC has been referred to often as a lender of last resort to the government, investors may well consider a “bailout” discount while valuing the company.
Of course, LIC will have to increase the surplus available to shareholders if it wants them to ascribe a higher value to its shares.
To be sure, the government is likely to embark on an elaborate exercise to value the insurer. Going by the past experience of SBI Life Insurance Co. Ltd, which took close to a year to finalize its listing, LIC’s IPO too could be a long wait.
All said and done, investors are keenly looking forward to the insurance behemoth going public. After all, it gives them a sliver of an already mammoth insurance pie, which promises to grow.
LIC has a market share of 72%.
LIC’s other big strength is its distribution network. In a recent note on the insurance sector, analysts at Edelweiss Securities wrote, “We wouldn’t be oversimplifying if we said that life insurance, at its heart, is purely a distribution business.”
But the million-dollar question is if the business generated by LIC’s million agents handsomely beats the profitability of smaller private insurers.
LIC’s traditional policies have been accused of being opaque and low-yielding to policyholders. It would be interesting to see whether its shares generate a return superior to its policies.